R. (Rae) Franklin James grew up in the San Francisco Bay Area and graduated from the University of California at Berkeley. She completed the masters Public Policy Program at California State University at Hayward.  From there she was recruited to join the State of California’s Legislative Analyst’s Office where she drafted legislation affecting local and regional issues. Later in her public service career she was appointed Deputy Mayor for the City of Los Angeles.

She has published nine books by Camel Press. James won a best fiction award from Northern California Publishers and Authors. Her Hollis Morgan Mysteries series was sold to A&E/Lifetime for a TV movie series released in 2022.  The Inheritance, the first book in her Johanna Hudson Mystery series has garnered critical acclaim and the series’ second book, Look Twice, has also received top reviews. Book three is underway.

James currently serves as Chair on the Bouchercon, Inc. Board. Bouchercon is an annual worldwide mystery convention. She is a member of Sisters-In Crime and Mystery Writers of America. 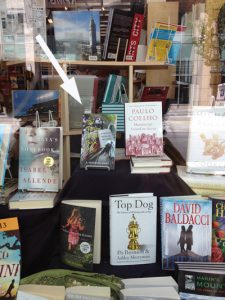